Perspective: Terrorists have no respect for the religion they hide behind

“God forbids you not, respecting those who have not fought against you on account of your religion, and who have not driven you forth from your homes, that you be kind to them and act equitably towards them.” 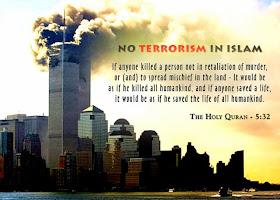 The baseless rationale behind Al-Shabab’s despicable act reminded me of an old Christian lady I met a few years ago. She strongly believed the Quran enjoins Muslims to kill all non-Muslims and never make them friends. To support her conviction, she presented a couple of isolated Quranic quotes such as “kill them wherever you find them” and “don’t make friends with them,” referring to non-Muslims.

Upon hearing these bits and pieces from the Quran without underlying context, any innocent-minded person easily can believe Islam has a belligerent attitude toward non-Muslims.

The specific Quranic commandment to “kill them wherever you find them” has nothing to do with everyday life, though. Rather, it is applicable to a combat situation during a war fought in self-defense. The Quran clearly states, “And fight in the cause of God against those who fight against you, but do not transgress. Surely, God loves not the transgressors. And kill those, wherever you find them, and drive them out from where they have driven you out.”

The lady’s second misconception was equally baseless. The Quran says, “God only forbids you, respecting those who have fought against you on account of your religion, and have driven you out of your homes, and have helped others in driving you out, that you make friends of them.” The Quran admonishes Muslims not to make friends with enemy combatants or their aides during an active wartime. It’s a strategy any sane military leader would endorse.

To clarify any potential misleading implications, the Quran explicitly says, “God forbids you not, respecting those who have not fought against you on account of your religion, and who have not driven you forth from your homes, that you be kind to them and act equitably towards them.”

Does Al-Shabab know all this? In reality, no terrorist organization hidden behind the curtain of Islam — whether it be Al-Shabab in Africa, ISIS in Syria, Al-Qaeda in Afghanistan or the Taliban in Pakistan — has any true knowledge or respect of the Quran.

A French journalist, Didier Francois, who was released last year after 10 months of captivity by ISIS in Syria, told Christine Amanpour of CNN that his captors cared little about religion. When asked if ISIS tried to teach him Quran during his captivity, Francois answered, “It was more hammering what they were believing than teaching us about the Quran. Because it has nothing to do with the Quran.”

Whatever the motive behind Al-Shabab’s horrendous actions may have been, it was certainly not a Quranic injunction. No act of terrorism targeting innocent human lives ever can be justified by the Quran or by the example of Prophet Muhammad.

If not for religious reasons, why did Al-Shabab massacre nearly 150 innocent Christian students? For the similar reasons for which the Taliban of Pakistan brutally killed more than 150 Muslim kids in a school in Peshawar on Dec. 16, 2014. Terrorists are simply criminals. They would indiscriminately kill anyone to satisfy their political and egoistic desires.

As a matter of fact, 1.6 billion peace-loving Muslims throughout the world have suffered the most by the brutalities of terrorists who have killed eight times more Muslims than non-Muslims. On top of that, they see their religion being maligned by not only un-Islamic actions of self-proclaimed Muslim terrorists but also by major U.S. media, which now depicts those terrorists as “Islamists,” insinuating terrorism stems from Islam.

Terrorists may call themselves Muslims, but for the civilized world to perceive them as “Islamists”  is like the old lady having extreme beliefs based upon hearsay or fragmented knowledge. Although I could not fully persuade the old lady to let go of her baseless convictions, I surely hope to convince my fellow Americans to call a spade a spade.

Terrorists are terrorists regardless of which religion they hide behind.